Located on the beautiful island of Bali Dive Hub Indonesia in Sanur is your one stop location for all services and goods related to diving. We are the sole distributors in Indonesia for L&W Breathing Air Compressors, BONEX Underwater Scooters, ENOS & MOBOS Systems and AQUATEC and also resellers for Aropec, Baruna Silver. We are not limited to just distributing these brands, we are also providing services related to all your dive equipment from repairing a small item to servicing compressors. Do you need equipment service, parts, repairing – you name it we can help. With more than 25 years of experience in the diving field and more than 12 years in the diving business. DiveHub.id was established in 2016 with the concept of delivering excellent quality products and services to the market on which divers and dive operators can rely on year after year. Our prices are competitive and we offer a free after sales service plan during the 12 moth warranty period. Please do also approach us on our equipment leasing options. There are various other diving enthusiasts in our “Divehub”, from booking your personalized dive tour to ordering your custom made wetsuit. Find out yourself by paying us a visit in Sanur or online through divehub.id. The Store has a spacious parking lot to serve our customers. We are looking forward to see you in the Divehub.

Lenhardt & Wagner is one of the leading and renowed companies in the market of high-pressure applications.

Lenhardt & Wagner is one of the leading and renowed companies in the market of high-pressure applications. A worldwide network of L&W agencys and service centers ensures a steady growth of the company. The flat and manageable corporate structure allows us to identify any weaknesses directly and act immediately. Our personal approach and a direct line to the customers here are essential.

During the last three decades the range of L&W products could be advanced consistently and new markets are created. This is mainly due to our investment in the development and optimization of the product range and a partnership with our importers. In addition to Breathing Air Compressors and related peripheral equipment we offer also compressors, storage and filter for the necessary high-pressure which is required for natural gas filling stations. High-pressure inert gases such as argon, helium or nitrogen for industrial applications including welding and laser cutting, and for general laboratory use are also among our skills.

Our balanced growth is based on a long-term and strategic planning that allows us still sufficient freedom of action for rapid reaction in cases of need. Based on continues expansion of the Asian market, with new agencys in Singapore and China, we could already significantly increased our sales and improve our services. 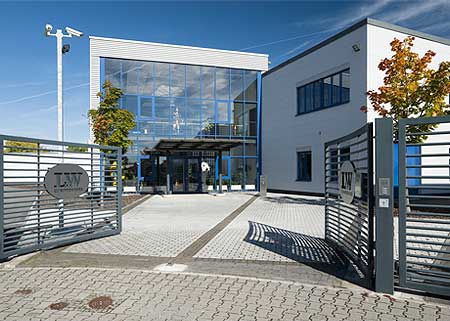 SEAREQ, the Specialist in Safety and Rescue Equipment

Hello, and a very warm welcome at Seareq

Your specialist in Safety and Rescue Equipment. It is our mission to improve your safety at sea.

In 2003 the company Seareq was founded in Germany by Karl Hansmann. Since this time he and his team unconditionally follow the motto SAFETY FIRST!

It began in the diving market, with the Electronic Rescue and Locating System ENOS.
Since 2004 the worldwide unique GPS supported rescue system locates reliable divers who became swept away by currents or were forgotten in the open sea.
The crews of ENOS-Boats never had to search for the persons in need and missed divers never had to wait a long time until they became rescued!
All rescue operations were managed on one’s own responsibility. Without external support from SAR (Search And Rescue) or coast guards, always free of charge and license free and radio certificates (SRC) are not required.

It didn’t take long time sailors and other boat sportsmen, wind- and kite-surfers contacted Seareq to ask for an independent rescue system which they can combine with their equipment and which does not interfere in the GMDSS (Global Maritime Distress Safety System).
2015 we launched the Man-Over-Board-Operating-System MOBOS – world’s first MOB-System independent from SAR, MRCC and independent from external technologies such as VHF radio and AIS!
The device is perfect for dock workers, Maritime Pilots and all other professionals in off-shore jobs. Furthermore MOBOS is world’s one and only rescue system legalized for inland waters.
Meanwhile we presented twice our electronic rescue systems at IMO, the International Maritime Organization, a division of  UNO.  ⇒ TOP NEWS and  ⇒ NEWS/Seareq News

In addition to ENOS and MOBOS we provide high value equipment for water sports enthusiasts:

We are committed to your safety!

Your safety is the energy that drives us forward.

Meanwhile we are proud about our image manufacturing very innovative products. Karl Hansmann knows all suppliers and subcontractors personally and chose them very carefully. Thus the high quality of our Safety and Rescue Equipment is guaranteed. He himself supervises the production of the Seareq Rescue Systems which are 100 % made in Germany.

Our vision became our passion

The inventor of the High-Tech-Systems is not swayed by fast moving trends. Instead he sticks to the principles of the pioneer days of sports diving: “Be open for new things, improve approved things but never (!) make compromises concerning safety!”
Seareq is member of German Marine Federation BVWW (Bundesverband für Wassersportwirtschaft) and of Federation for Sea Rescue Equipment FSR (Fachverband für Seenotrettungsmittel).

Located in the heart of the Technopôle de le Mer, on the site of the Pôle de Compétitivité Mer Méditerranée in Ollioules, Azoth Systems is an engineering and service company specializing in hyperbaric exposure safety which has developed the O’Dive technology.

Azoth Systems is the inventor of the O’Dive connected technology – entirely produced in France, in the PACA region.

Hyperbaric test carried out at Comex

THEY USE THE O’DIVE PRO SERVICE

Founded in 1983, Aquatec Industry Co., Ltd., the worldwide Aquatec evolved from a small family company began from manufacturing Buoyancy Compensator Device for its famous diving launch. In 1985, Frankie Chen, Chairman of Aquatec, received customer request of design Buoyancy Compensator Device from the customer’s request. Standing out and focus on strategic planning, innovation, compact design, easy operation, customer excellence, talent development, reasonable price, the easy to use, portfolio management, and operational excellence for good sales and reputation around the world till nowadays. He simply doing the right thing every day to put his life’s work in the long term.

Aquatec is a leading global scuba diving equipment company and a major producer of diving tools.  After the above the depth field survey and evaluation throughout worldwide related exhibitions, local diving shops, and professional diving instructors, experienced divers.  We supply industries and consumers worldwide with innovative diving products and are passionate about developing sustainable answers for our customers.  Moreover, with the changing society of water sports, he further confirmed the high potential demand for diving industries is accurate.  Therefore, since 1995 Aquatec has developed series of professional diving equipment such as sub alert, underwater sub-alert, duo alert, sub horn, diving knives, regulators, instruments, power inflators, LED lights, LED torches, masks, snorkels, fins, and the latest Sidemount BCDs …etc., till now, people can find almost every diving equipment all over the world from us.

1990 – Computer system into the company.

Established from 1963, Aropec Sports Corp. has provided outstanding water sport products and service to 86 countries for more than half a century. Starting from diving, we have expanded our areas of expertise to surfing, swimming, and now even make a huge leap to triathlon and outdoor sports.

Regarding our brand name “AROPEC,” “ARO” stands for “AERO,” which means heaven or sky, compared to God in Chinese. “PEC” means aid or support. Thus “AROPEC” means God’s help. As the proverb says, “God helps those who help themselves.” Through our products, we hope to convey the initial conception that urges people to do exercise, enjoy sport, further to challenge oneself and then make a breakthrough in their living life.

We provide various products for customers around the world, and desire to work extremely closely with each customer. Paying attention to customers’ feedback helps us develop better products to fit their need. More and more clients develop good relationship of mutual trust with Aropec. We hope not only to be your good partner, but also your good friend that can be relied on well.

You might wonder, why choosing our products or what’s the benefit working with us. Please allow me to tell you more about our brand, AROPEC, and how we can support you to grow business together.

●  AROPEC’s product quality is guaranteed and professionalism is acknowledged, a brand that gives both you and your customer confidence.

–   Rescue squads and Fire Department are using our products.

●   We are professional manufacturer with our own designers, engineers, and production plant. AROPEC sets its standard high to ensure your reputation is protected and your customers are satisfied.

–    Technology: Numbers of patents and certifications to promise our customers they deserve the best products.

–   After sale service: Assurance policy and market, industry information update to each of our partners.

●  A reliable supplier, a partner, who continuously providing new design also commit to international marketing that helps you remain competitive on the market.

–   New products will be announced regularly

Our product is recognized in strict and competitive European market, including UK and Germany, as well as many countries worldwide. We are sincerely inviting customers to try our products. I believe this will be a great opportunity for our long term partnership and mutual-beneficial cooperation.

Endorsed by professional divers and athletes, we have built excellent reputation for our quality products. With quality manufacturing, innovative design, product diversity and data collecting, Aropec is dedicated to helping enthusiasts worldwide for their pursuit of sport adventures. Planning for an adventure? Come and pick something from Aropec!

We created Baruna Silver® to help you bring your diving dreams to life.

Let our silver dangle from your wrist, reminding you of the wonders you long to find under the ocean. Wear Baruna Silver to remember the moment you first swam with Manta Rays, or caught a glimpse of the elusive Whale Shark. Choose the Mola Mola to recall its ascent from the depths of the ocean.

All of the jewellery in the Baruna collection is made of sterling silver, preserving your memories forever. Collect your diving memories on Baruna Silver’s unique bracelet or key-chain, and add a charm for every dream that comes true. Or choose our rubber necklace, and wear a Baruna Silver pendant close to your heart.

Our exclusive collection is made by traditional Balinese silversmiths in Celuk, the heart of Bali. Every detail is handcrafted to create a unique treasure.